How an activist took on private prison company CoreCivic and won

This is #28 in our series of Instagram infographics on resistance against corporate power. (December 3, 2022) 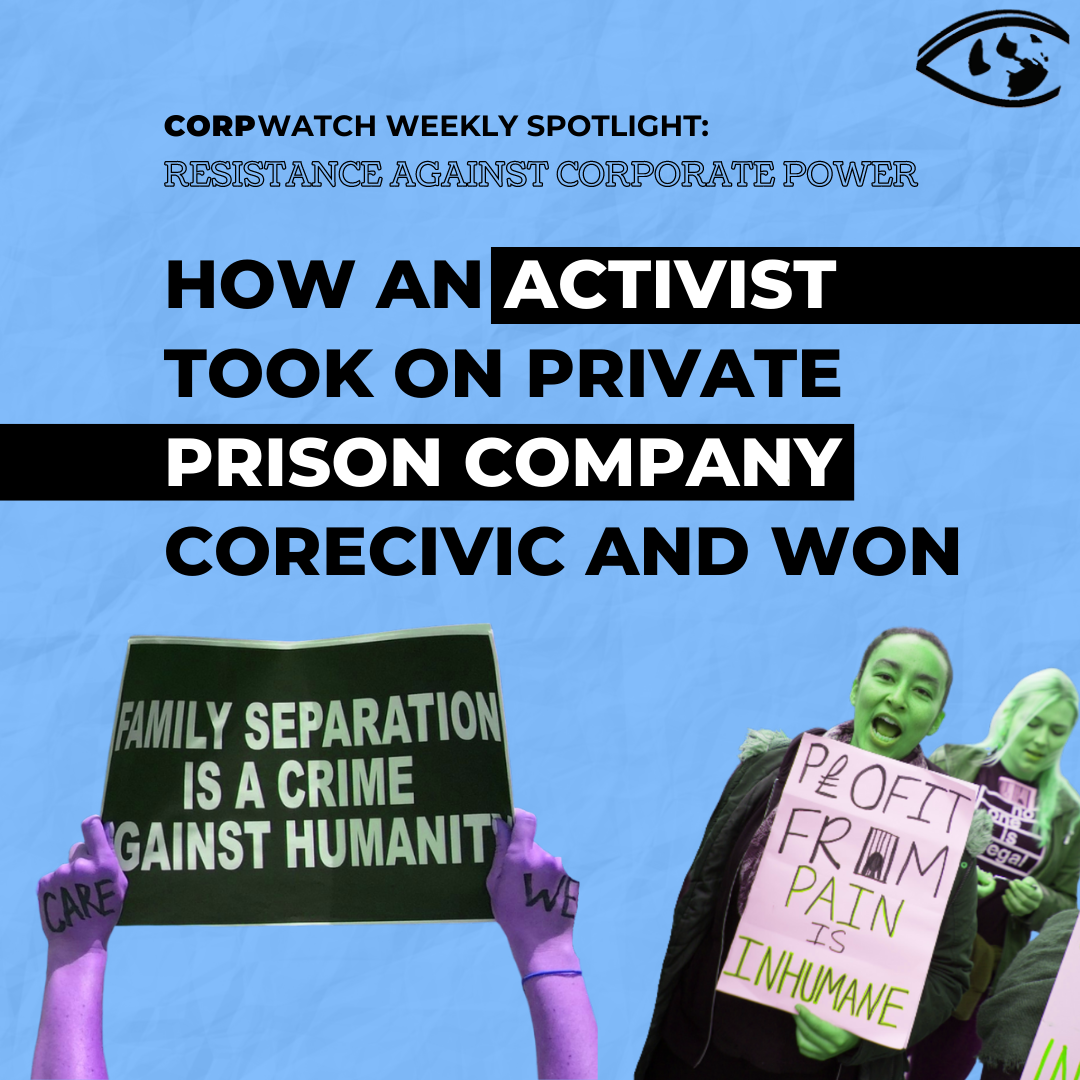