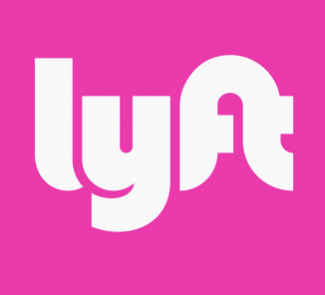 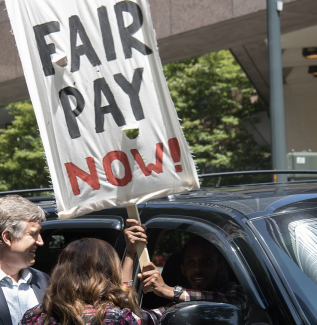 Individual Records & Summaries
Click here for violation data on Lyft Inc.
Information in this section is drawn from the Violation Tracker database produced by the Corporate Research Project of Good Jobs First in Washington DC. It is the most comprehensive source of data on business violations of laws and regulations in the United States. For specific examples of misconduct, please click on the links.

Published by
The Guardian
| By
Kari Paul
|

Lyft has put the brakes on its electric bike program in San Francisco, after the batteries on multiple vehicles caught fire.

(CNN Business)As coronavirus cases continue to rise across the United States, Lyft is enticing people to get on the road for Thanksgiving — a message that doesn't jibe with the recommendations from many local health and government officials.

App-based drivers from Uber and Lyft protest California Proposition 22 in a caravan in front of City Hall in Los Angeles on October 22, 2020. (Photo: Frederic J. Brown/AFP via Getty Images)

Published by
The Guardian
|

The ride-hailing platform Lyft has opened an online store to sell masks and other protective gear as the Covid-19 pandemic intensifies, enraging drivers and labor organizers who say the company should be providing these free.

Dozens of women have joined lawsuits against the ride-sharing company, saying it has not done enough to prevent assaults by drivers.

By the end of this month, the office of Massachusetts Attorney General Maura Healey must determine the constitutionality of a proposed ballot question that would allow Uber, Lyft, Instacart, and DoorDash to continue classifying their drivers and deliverers as independent contractors, not employees, while granting ....

Attorney General Maura Healey’s lawsuit against Uber and Lyft will continue after a judge on Thursday denied the ride-hailing companies’ request to toss the case, keeping in play the chances of an industry-shifting ruling about driver classification.

Uber drivers and other gig workers have filed a new lawsuit against California’s recently-enacted Proposition 22, a referendum-approved law that lets rideshare companies continue treating their workers as independent contractors rather than employees deserving of additional benefits.

A federal court handed Uber drivers in California a small victory on Tuesday, allowing them to proceed with some parts of their class action lawsuit over employment benefits they claim the company owes them.

The heated legal battle between California and ride-hail giants Uber and Lyft ratcheted up another notch this week with the state's labor commissioner announcing that she plans to take the companies to court over their classification of drivers.

Hundreds of Uber and Lyft drivers have joined other app-based workers across the US for a day-long strike to protest against poor working conditions and demand the right to organize.

On Thursday, the state of California urged a state judge to issue a preliminary injunction that would require Uber and Lyft to classify their drivers as employees, which they have failed to do despite California legislators passing a law last year that would require them to do so in order to improve the livelihoods of gig workers.

If you’re like me, chances are good you just distractedly clicked on this article while scrolling through your feed in, or while waiting for, a Lyft. Maybe, like me, you need that app to get to back-to-back meetings in different locations today, as you’re well on your way to at least a 60-hour workweek between the various things you do.

The protest, which took place at Uber's headquarters, comes as California considers legislation that could affect their employment status

Subsidy Tracker is a project of Good Jobs First in Washington DC. It is the most comprehensive source of data on state and federal subsidies in the United States. For more details, click on the links.
Click here for details on subsidies received by Lyft Inc.

CorpWatch is still gathering procurement data for Lyft Inc. at this time.