Boeing forced to move headquarters out of Chicago, in victory for antiwar activists

This is #15 in our series of Instagram infographics on resistance against corporate power. (July 29, 2022) 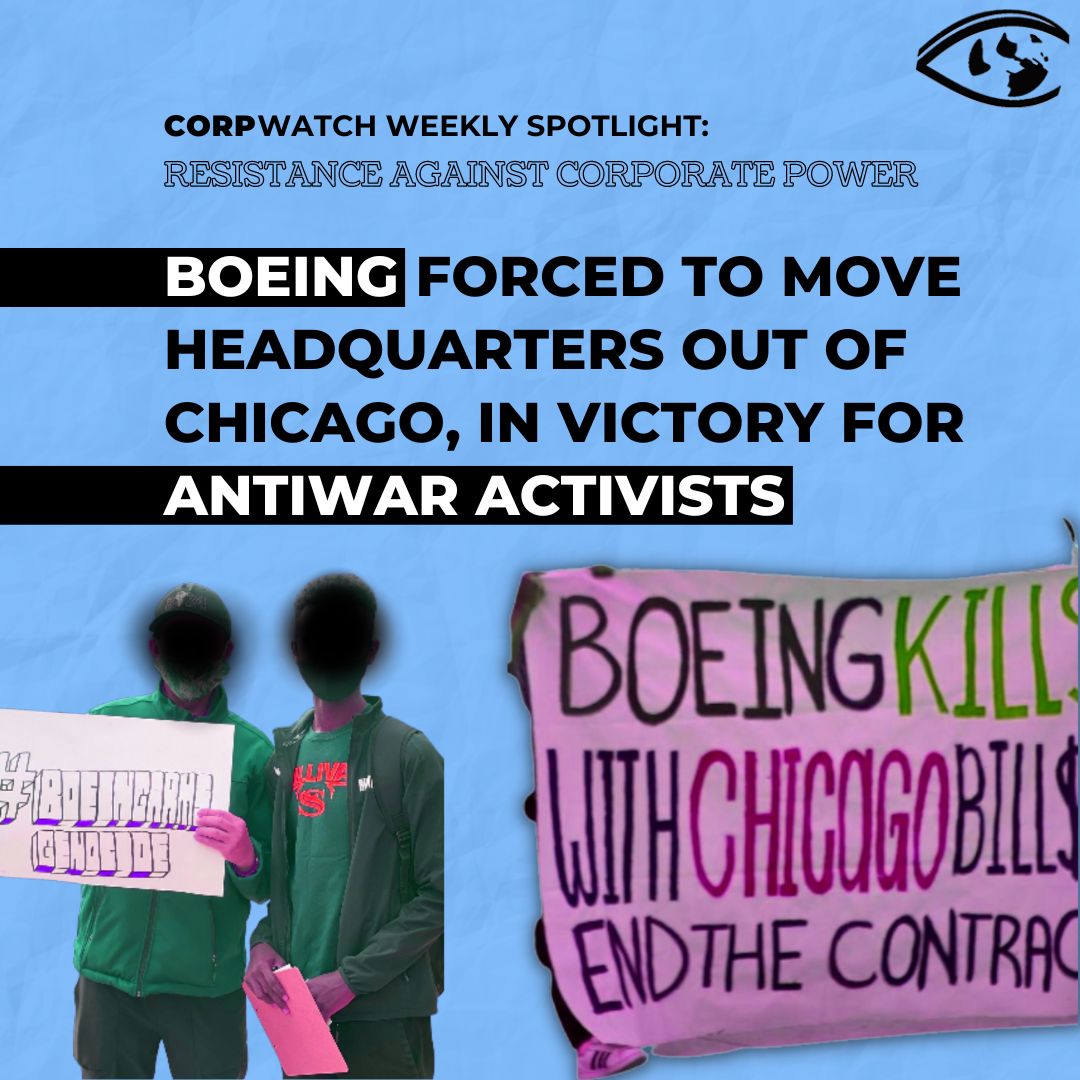