Aotearoa/New Zealand says no to deep-sea mining, in victory for Indigenous and environmental groups

This is #19 in our series of Instagram infographics on resistance against corporate power. (September 2, 2022) 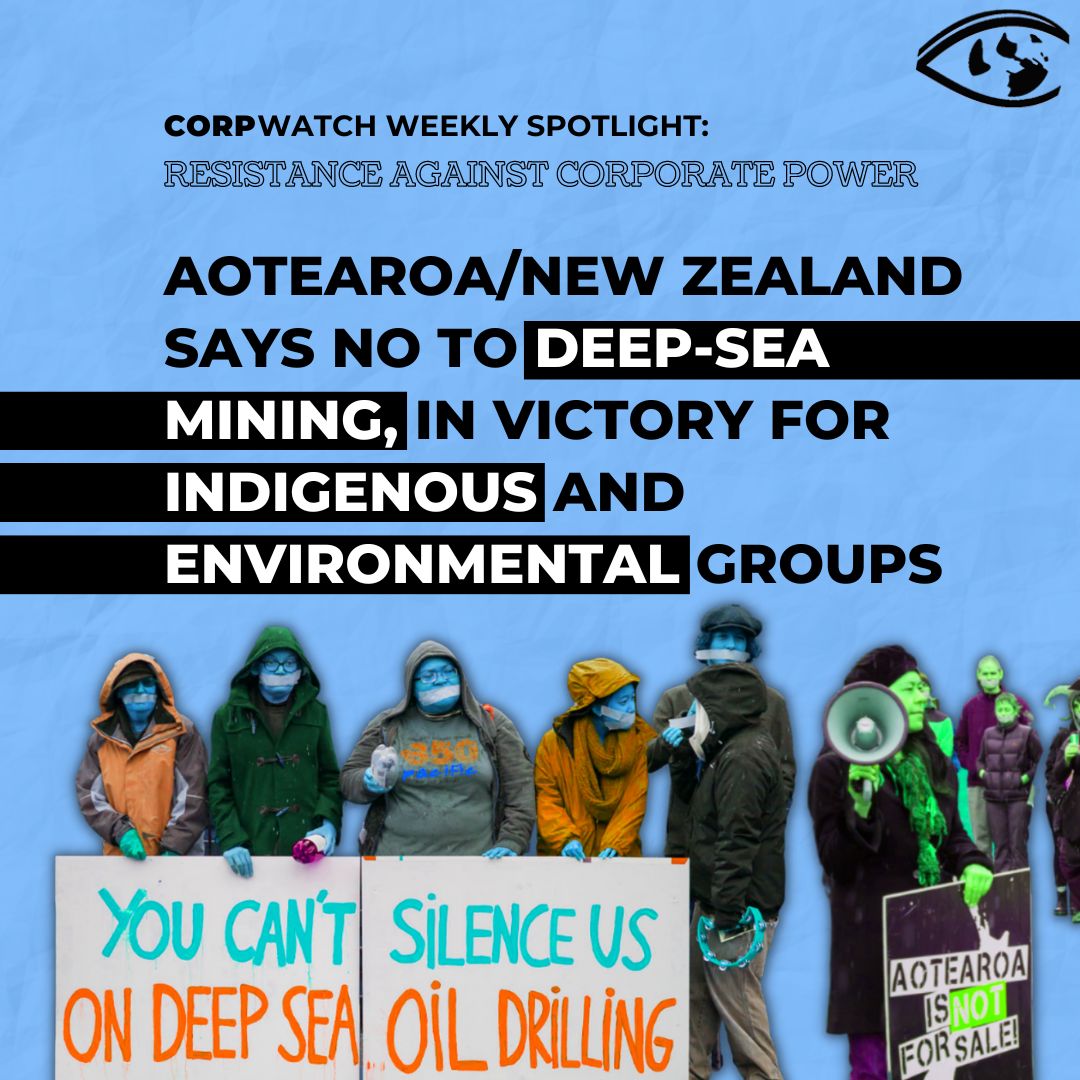 Text and Layout by Paula Reisdorf. Design by Elisa Emch.