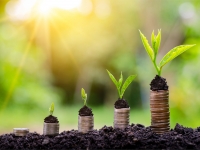 We believe that our tax dollars should be spent wisely and well. Governments should not be in the business of supporting and subsidizing companies who abuse their workers, commit fraud or pollute the environment. With the power of this money, government should be creating incentives for positive change and rewarding those who make the world better for everyone.

The World Bank recently estimated that the global procurement market was worth $9.5 trillion a year, after conducting a survey of 180 countries. Military procurement is a big slice of this: the U.S. alone will spend $646.8 billion on military contractors this year. Poor countries are more likely to outsource work more often that rich countries, spending as much as 14.5 percent of their Gross Domestic Product on private contractors.

Privatization has been an enormous contributor to the size of this sector. Many countries now buy basic services from contractors. Take for example Carillion with over 20,000 employees in the UK which manages nearly 900 schools; and is building a new high-speed rail line as well as several major hospitals. Or Lockheed, which is well known for its aircraft and missiles, but not as well known for its other government contracts. “Lockheed Martin doesn't run the United States. But it does help run a breathtakingly big part of it,” wrote Tim Weiner of the New York Times in 2004. “It sorts your mail and totals your taxes. It cuts Social Security checks and counts the United States census. It runs space flights and monitors air traffic."

Then there are consultants like McKinsey. Saudi bureaucrats sarcastically refer to their Ministry of Planning as the ‘Ministry of McKinsey’ because of how embedded the company has become.

But as CorpWatch has reported in the past, in practice, the contracting system does not effectively review companies’ records for responsibility, nor does it ensure—before awarding contracts—that violators reform their practices.

In our 2015 report, Subsidizing Contractor Misconduct, we told the tale of Rodney Bridgett who was killed in Iowa when a piece of Tyson Foods’ heavy equipment crushed him; and of Calvin Bryant who was crippled in an Imperial Sugar plant explosion in Georgia that also killed 14 of his co-workers. We wrote about when Alma Aranda tried to exercise her legal right to take unpaid time off to care for her dying mother in southern California, Verizon harassed her with so much paperwork that her hair fell out in clumps from the sheer anxiety and stress of dealing with the company. What these individuals had in common was that they were doing contract work for the U.S. government when they were suffered from occupational health hazards. A 2013 report from U.S. Senator Tom Harkin found that the government awarded $81 billion in 2012 alone to companies with the most egregious records of violating workplace wage and safety records.

In effect, our tax dollars often support contractor misconduct. So long as these contractors believe that their law breaking will not jeopardize the next contract, they have had little financial incentive to stop mistreating their workers.

Here, in fact, is a situation in which online purchasing may provide the opportunities to make spending more socially just. Unlike the individual consumer who clicks on the Amazon app to pick the cheapest retailer, or the person on the street who hails the closest Uber car, government buyers are bound by pre-determined contractual and legal requirements such as environmental and labor records, past performance, disbarment or criminal procedures, etc. By leveraging the availability of violation data and making it possible to compare individual vendors on the Internet, we believe we can harness the power of purchasing to support social change.

We will build support for Good Spending by pushing for transparent and open purchasing practices by all government agencies; and a review of government subsidies for companies that break the law. We will demand an overhaul of procurement laws to ensure that prospective contractors are evaluated based on their environmental and labor records, not just on lowest bid prices and kickback relationships.