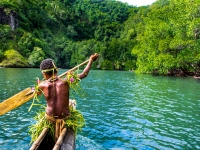 We believe that all beings and all communities deserve access to clean air, water, land and food. Our society must transition to renewable energy and sustainable consumption systems.

The extractive industries have polluted and poisoned communities for centuries. Even though modern technology and safety measures have reduced the worst excesses, major disasters still occur. Twenty-nine coal miners were killed in an explosion at Massey Energy's Upper Big Branch Mine in West Virginia in April 2010. Later that same month, 11 people were killed when BP’s Deepwater Horizon oil rig exploded in the Gulf of Mexico. And 16 people were killed when an iron ore tailings dam operated by Vale and BHP Billiton broke in Mariana, Brazil, on November 2015. In all three cases, the companies were found to be negligent. While Massey’s CEO spent a year in jail, nobody at BP, BHP or Vale served a day in prison, although the companies did pay out billions in fines.

The greatest impact of these extraction operations are on local communities at extraction sites, especially indigenous peoples, who rarely see the financial profits from these projects, yet bear most of the consequences.

For example, some 30,000 villagers from the Cofán, Kichwa, Secoya, Siona, and Waorani tribes sued Texaco (now part of Chevron) in 1993, for the massive pollution that occurred over 1,500 square kilometers of rain forest in northern Ecuador destroying their principal source of food and income. Twenty years later, an Ecuadorean court awarded the community $9.5 billion in compensation. But the communities have failed to see a penny to date and have even been counter-sued by the company which reported $21.4 billion in profits, earned in 2013, the year of the court judgment.Indeed the company has already hired 6,500 lawyers at 55 law firms and spent over $1 billion rather than clean up the mess it created.

Yet change is coming. As the price of solar and wind energy drop, coal mining companies are finding it hard to sell their products. A massive boom in fracking operations to extract natural gas has been slowed by protests and permit rejections in countries like the UK where seven of eight drilling plans were rejected in 2018. The oil companies are being sued by multiple cities in California to pay for the cost of protecting the Bay Area from rising sea levels and other effects of global warming. Exxon Mobil is being sued by the states of New York and Massachusetts who want to know whether the oil and gas company covered up its knowledge about climate change.

While it may still take decades to shut down these operations or to get meaningful compensation, access to pollution data, legal teams and the media is finally allowing these communities to put the extractive industries on the defensive.

We will build support for Good Environment by pushing the extractive industry to reduce all environmental impacts on air, water, land and food to zero; and by holding these companies responsible for human rights abuses associated with their projects accountable. We will call for an overhaul of mineral extraction laws and permits and a robust enforcement system against violators.