Freestone Mines Private Ltd backs out of a quarrying project in Mutare, Zimbabwe, after the community takes them to court

This is #18 in our series of Instagram infographics on resistance against corporate power. (August 19, 2022) 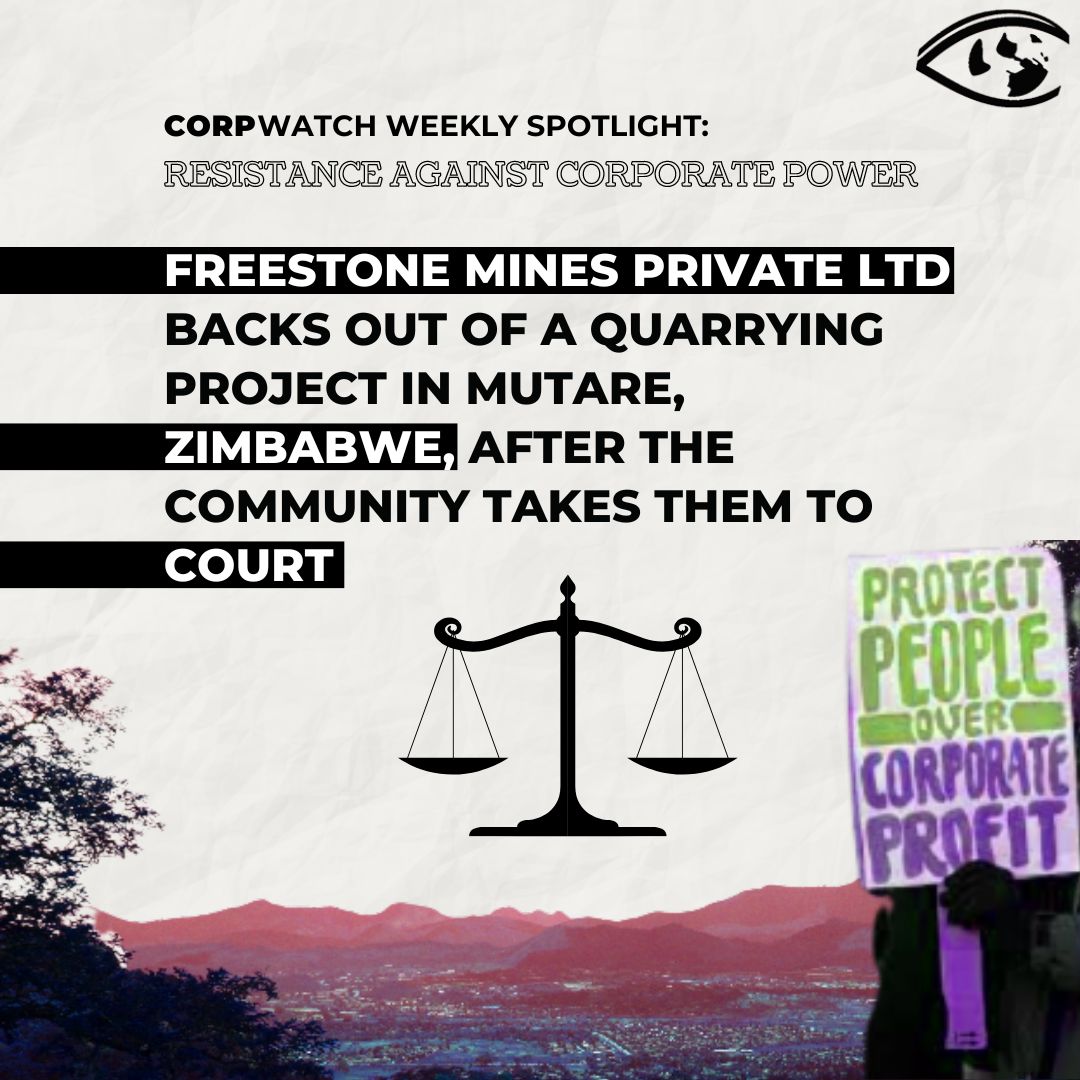