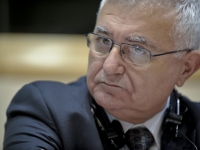 A clandestine lobbying effort at the European Union (EU) by Swedish Match company to get legislators to lift a ban on a special kind of smokeless tobacco has forced the resignation of a top European bureaucrat and prompted renewed calls to strengthen rules on undue business influence in Brussels.

Swedish Match makes a product called "snus" - a special kind of moist tobacco that is typically marketed in a teabag for users to place under their lip for a nicotine high, not unlike snuff or chewing tobacco. It has been banned for sale in Europe - outside Sweden - since 1992. According to the Swedish Retail Institute the loss in potential export revenue exceeds three billion Swedish kronor ($455.7 million) a year.

Tobacco lobbyists have zeroed in on a possible avenue to get the ban lifted - the European Tobacco Directive which is coming up for revision next year - and they have repeatedly pushed the argument that smokeless tobacco poses a lesser danger to human health than cigarettes. (The new rules also cover issues like health warnings on cigarette packs, a ban on point-of-sale advertising in shops and other measures to prevent or reduce the harm caused by tobacco consumption)

One such lobbyist is Silvio Zammit - a restaurateur, circus-owner, and former politician - who has been accused of soliciting a â¬60 million bribe ($78.3 million) from Swedish Match at a meeting in Malta this past February, in order to help the company influence John Dalli, the European Union health commissioner and top European official in charge of the new directive. (Zammit and Dalli are both Maltese citizens and members of the same political party.)

The bribery allegation came from Swedish Match who say they promptly informed the Swedish government, prompting an investigation by the Office de Lutte Anti-Fraude (OLAF) - the EU's anti-fraud office. The investigators failed to clear Dalli completely over the affair, noting that it "did consider that he was aware of these events."

Dalli - who says he has never discussed snus with Zammit - was asked to resign in October by JosÃ© Manuel Barroso, the president of the European Commission.

The scandal has prompted much a number of questions since Zammit never listed himself as a lobbyist in the European Commission and Parliament's voluntary Transparency Register, according to Corporate Europe Observatory (CEO), a Brussels NGO, nor were meetings between Dalli and Zammit listed in any way. CEO notes that an examination of the Transparency Register suggests that the Zammit is not alone among tobacco lobbyists in failing to register or disclose their meetings with European bureaucrats.

"With such detailed knowledge of EU tobacco legislation, and the means to offer a reported â¬60 million, several questions are raised: How was Zammit known to Swedish Match? Is Zammit working alone? Has he done cash-for-access work for other clients, and if so who? Is he linked to other lobby consultants/consultancies?" ask the CEO activists.

The Maltese police detained Dalli earlier this month to question him about the matter. For his part - Dalli says he has not done anything wrong. "Silvio Zammit is a canvasser like many hundreds of canvassers that I have. That is my relationship with him .... I have other people who have contacted me over the past two-and-a-half years, in the most transparent way, and asked me to have meetings with people and I did. So what?"  Dalli told the Times of Malta. "When they need something and when they have some friend who needs something... It's the usual political game in Malta."

This is not the first time European bureaucrats have been caught up in a lobbying scandal. Ernst Strasser, a former Austrian interior minister, was caught on tape in a journalistic sting asking for an annual advisory fee of â¬100,000, or $128,000, for influencing European legislation. Zoran Thaler, a former Slovenian foreign minister and Adrian Severin, a former Romanian foreign minister, was also caught in the sting.

The scandals have prompted calls to strengthen regulations on lobbying in Brussels. "Dalligate is more than just a scandal about one Commissioner, one lobbyist and one tobacco company. Dalligate is a symptom of a wider problem," write CEO activists. "The European Commission is the focus of intense lobbying and many business lobbyists benefit from easy access and close contacts. This opens the door to the potential for corruption."

"(W)e need to go the extra mile to ensure that policy-making reflects the needs and expectations of people living in Europe and not just those of powerful corporate interests," writes Monika KosiÃ±ska, secretary general of the the European Public Health Alliance. "Dalli's departure could have perhaps been avoided with clearer rules on European Union officials meeting with the tobacco industry."

CEO has specific recommendations on how this might happen: the creation of a mandatory register for lobbyists that would give "a comprehensive and reliable picture of who is lobbying, on whose behalf and with which budgets" such as pro-actively publishing online lists of meetings, correspondence and telephone calls between commissioners and lobbyists.

Such disclosure would not be unprecedented: UK government departments publish lists of meetings with lobbyists and Swedish ministers publish logs of their correspondence.

Full Disclosure: The author is a member of the advisory board of Corporate Europe Observatory. 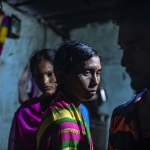