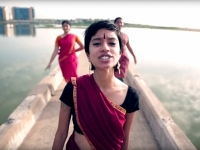 A music video asking Unilever, an Anglo-Dutch consumer goods giant, to clean up mercury waste from their former Indian factory notched up two million views in less than a week, prompting a reply from the company CEO. 'Kodaikanal Won't,' the video by Sonia Ashraf, parodied Nicki Minaj's song 'Anaconda.'

The campaign was the idea of Nityanand Jayaraman (a former CorpWatch employee) who helped residents of the town of Kodaikanal, a hill retreat in the southern state of Tamil Nadu, uncover the waste dumped by Unilever's Indian subsidiary Hindustan Lever in 2001. At the time, the company was operating what was then said to be the largest thermometer plant in the world, which it had relocated from New York state.

"The 7.4 ton stockpile of crushed mercury-containing glass was found in torn sacks, spilling onto the ground in a busy scrap yard located near a school" wrote Jayaraman in an article for CorpWatch in 2001. "Yet another dump where Unilever had discarded mercury-containing waste was in the part of the Shola forests within the company's property. Sholas are hallowed forests because of their high biodiversity and role as watersheds."

An environmental audit commissioned by Unilever estimated that 300 kilograms of mercury waste had been dumped and another 70 kilograms were released through airborne emissions. (As little as one gram of mercury deposited annually in a 25 acre lake can render the fish unfit for human consumption)

The Tamil Nadu Pollution Control Board ordered Unilever to close the factory in June of 2001. To this day, the factory site remains severely contaminated and the company has failed to clean up the surrounding forests and groundwater or help the 1,045 former factory workers affected by the mercury poisoning. (Watch testimony from a former worker here)

Over the intervening years, a number of former Unilever workers have died from what many believe are the long term effects of mercury poisoning. The Ponds and Hindustan Lever Limited Ex-Employees Welfare Association has staged a number of protests asking for post-mortems and support for their health problems but seen little in response from the authorities.

Frustrated by Unilever's inaction, Jayaraman introduced Sonia Ashraf, a popular local rapper, to some of the former workers. "They showed me the callouses on their bodies and other such deformities," Ashraf told the Hindustan Times. "That made the struggle real for me and the number of casualities I'd read about evolved from a number in my head to faces of real people."

Ashraf recorded the parody video with an volunteer crew and posted it online on July 31. "Unilever has a squeaky-clean image on social media. We decided to hit them where it hurts most," Sonia Ashraf told the Guardian newspaper. "When you use a popular tune, then people start paying attention to the lyrics, which was of utmost importance here."

The video quickly went viral prompting replies from the company. "While extensive studies on the health of our former workers and the Kodaikanal environment have not found any evidence of harm, we continue to take this issue very seriously and it's one we are keen to see resolved," the company said in a press statement. "We have been working hard to find a fair and mutually satisfactory resolution at the suggestion of the Madras High Court and have had more than ten meetings with our former employees' representatives since 2014."

CEO Paul Polman, who claims to be a global business leader with a conscience, also stepped into the fray. "Working actively solution kodai #UnileverPollutes for several years already," he tweeted. "Determined to solve. Need others too and facts not false emotions."

The activists were not surprised. "In reality the company is pushing the government to agree to a clean-up standard that is 25 times laxer than in the UK where Unilever is headquartered," Jayaraman told CorpWatch. "Why should Indians be treated differently from the British?"

Jayaraman and his colleagues say that watching the rap video is only the first step to helping the mercury workers, urging supporters to sign a petition to the company. "The company continues to deny that workers were affected, and continues to push for a substandard clean-up that would be unacceptable in the UK or USA," Jayaraman wrote in an email to supporters. "The fight for a stringent environmental clean-up and just compensation for workers is far from over."