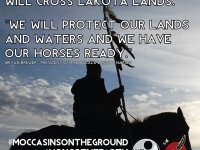 A major U.S. government report on the Keystone XL pipeline was written by oil industry consultants, say activist groups. The report, which was commissioned by the State Department and published two weeks ago, downplays the environmental impact of the pipeline and has been seen as key to potential approval.

The Keystone XL pipeline is a 1,661-mile-long oil project operated by TransCanada that will carry 830,000 barrels of crude oil a day from Alberta in Canada to refineries on the Texas Gulf Coast. The final decision on whether or not it can be completed lies with President Barack Obama. His decision is widely viewed as the ultimate litmus test of his environmental credentials.

A letter to the State Department's Inspector General (an independent oversight board) from Friends of the Earth and the Sierra Club points out that Environmental Resources Management (ERM), the consultant that wrote the report, failed to disclose that it had a major conflict of interest when it applied to do the work. The groups note that ERM worked on a TransCanada joint venture with Exxon in Alaska.

Indeed as Mother Jones magazine recently reported Andrew Bielakowski, ERM's second-in-command on the Keystone report, worked on three previous pipeline projects for TransCanada over seven years as an outside consultant.

"This flawed report should have no place in the decision making on this pipeline," said Doug Hayes, Sierra Club staff attorney. "The State Department hired an oil industry consultant to write the environmental review of Keystone XL without taking steps to guard against industry bias. So it's no surprise that the report attempts to minimize the pipeline's massive carbon pollution and threats to human health and water quality."

"By hiring ERM, the State Department ignored its own guidelines and invited the fox into the hen house", said Ross Hammond, Friends of the Earth senior campaigner. "The process that allowed them to get this contract has been corrupt from day one and the American people deserve better from their government."

The ERM report - which runs to 11 volumes - argues that Keystone XL would not "significantly exacerbate" the problem of greenhouse gas emissions because in the event that the pipeline is not built, the crude can be sent by rail to Texas. It does concede that the crude (which is called tar sands by activists and oil sands by industry) will produce 17 percent more greenhouse gas emissions than conventional oil.

The oil industry is very pleased with the ERM report. "After five years and five environmental reviews, time and time again the Department of State analysis has shown that the pipeline is safe for the environment," Cindy Schild, the senior manager of refining and oil sands programs at the American Petroleum Institute, told the New York Times.

The Washington Post says that their sources in the State Department believe that the agency did not violate agency rules by hiring ERM.

The Obama administration nevertheless faces serious public opposition that may make it reconsider final approval. A major youth protest against the pipeline in Washington DC is scheduled for March 2.

And Native American communities whose lands will be traversed by the pipelines have vowed to block the building of the pipeline. "No Keystone XL pipeline will cross Lakota lands," wrote Honor the Earth, the Oglala Sioux Nation, Owe Aku, and Protect the Sacred in a joint statement. "We stand with the Lakota Nation, we stand on the side of protecting sacred water, we stand for Indigenous land-based lifeways which will NOT be corrupted by a hazardous, toxic pipeline."