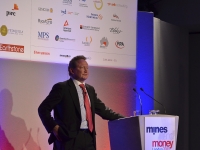 Fortescue Metals Group, an iron ore mining company based in Perth, Western Australia, withheld $1.9 million in royalty payments from the Wintawari Guruma aboriginal peoples after the indigenous community asked the company to provide details of extraction plans on their traditional lands that contain many sacred cultural sites.

One of the biggest iron ore mines on Wintawari Guruma lands is Fortescue’s Solomon Hub which provides 40 percent of total company production. These operations have been extremely profitable for Fortescue, which earned $4.735 billion in profits in the year that ended June 30, 2020. (Rio Tinto also operates six mines on Wintawari Guruma land under a 2001 agreement for which it gave the indigenous community two houses, two second-hand cars and $300,000 a year in compensation.)

Over the years, the Wintawari Guruma estimate that some 434 heritage sites on their land have been destroyed by mining while another 285 sites have been blocked off to them. "We've got nothing to show for our next lot of generations,” July Hicks, a Wintawari Guruma Elder, told the Australian Broadcasting Corporation (ABC). “They're going to have nothing left to talk about, nothing here to say 'this is where your descendants lived, this is where your elders came from,' because of mining companies just destroying the land.”

The use of the lands are governed by Native Title Agreements, under which aboriginal communities can lease plots of land to mining companies for ore and precious metal extraction in exchange for royalty payments. As the Australian Trade & Investment Commission further outlines, any commercial party engaging in indigenous land use agreements must abide by a number of conditions, including but not limited to: “employment and training, environmental or cultural heritage protection or compensation and payments.”

In theory, these contracts are supposed to give indigenous communities political leverage to protect their lands and place checks on commercial mining companies. The experiences of the Wintawari Guruma people, however, suggests otherwise because the state governments – rather than the indigenous community – have final authority over where exploration can take place under Section 18 of the Aboriginal Heritage Act of 1972 by which companies can apply for permission to conduct works that disturb a site of significance to traditional landowners.

For example, in November 2017, the Western Australian state government approved requests for Fortescue to destroy 12 sites in Spear Valley, near the Karijini National Park, home to several sacred shelters, wall niches, and rock art fixtures that date back 23,000 years.

This was particularly troubling for the Eastern Guruma, who rely on these heritage sites to uncover cultural objects, artifacts, and other relics to learn more about their ancestral histories. "They would camp, live and hunt in that area, and then harvest the wood from Spear Hill for ceremonial purposes," Tony Bevan, a director of WGAC, told ABC.

To add insult to injury, Bevan says that Fortescue “routinely does not honor its agreements [with the Wintawari Guruma].”

It was for this reason that WGAC decided to withhold signing new leases until they were given more details. “These were nine mining leases we were asked to sign about a year ago,” he told a parliamentary inquiry. “Under the access agreement they are meant to have given us notice of those mining leases and come and discussed them with us. Five of those mines we knew nothing about and there are a number of very significant sites and areas in those mining leases.”

Fortescue responded by stopping previously neogtiated payments to the indigenous community. “The only avenue available to us is to withhold the compensation whilst we work through this proactively,” Elizabeth Gaines, CEO of Fortescue, told another parliamentary inquiry.

The company’s strong-arm tactics to get approval for its new exploration extend beyond the Wintawari Guruma community. Recently published letters from Fortescue’s lawyers released by the WGAC revealed that Fortescue also threatened to sue the Australian government’s Aboriginal Cultural Materials Committee if the mining leases were not approved.

The WGAC attached copies of these letters togther with a strong letter of protest to the federal government. “In Wintawari’s view the attached documents highlight FMG’s historical approach to the section 18 application process approval, which WGAC considers to be bullying, dismissive, disrespectful, and inconsistent with their published values and the expected behaviours of an ASX Top Ten Company,” they wrote.

The company disagrees and says that it always talks to the indigenous community before conducting new exploration. “Fortescue has at all times consulted closely with Wintawari in relation to section 18 applications and heritage management,” Gaines wrote in a public statement.

Despite a forthcoming inquiry into cultural protections by the Aboriginal Affairs Ministry, Bevan remain skeptical that anything will change. “There’s no power or disciplinary action, FMG are currently doing what they like on Eastern Guruma country and paying nothing for it,” he told the Guardian.