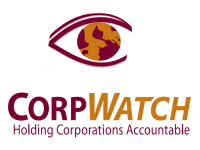 Facebook, the social network behemoth that is about to become a multi-billion dollar company, has been lobbying for a proposed new U.S. law called the Cyber Intelligence Sharing and Protection Act (CISPA) that would allow companies to share information with government agencies. Zaid Jilani at the Republic Report has been digging up details on the Washington lobbyists who are helping Facebook.

"Under CISPA, private companies may spy on user communications, whether stored or in transit, and freely pass personal information to the government as long as they claim a vague "cybersecurity" exception," write Mark M. Jaycox and Lee Tien at the Electronic Frontier Foundation. "The bill also creates expansive legal immunity that makes companies and the government largely unaccountable to users. Companies 'acting in good faith' are also excused from all liability for engaging in potential countermeasures, even if they hurt innocent parties."

This is not the first time that the U.S. Congress has tried to pass a dubious law on computer security in the name of stopping piracy. Last year, the Stop Online Piracy Act and the Protect IP Act - backed by Hollywood and opposed by Facebook, Google and Wikipedia - was defeated after a huge backlash. Opponents noted that the law - as drafted - would threaten freedom of speech and support Internet censorship.

Mike Rogers, a Republican from Michigan, and Dutch Ruppersberger, a Democrat from Maryland, are the sponsors of the new bill. Unusually for Washington, the two men work together well, according to the Washington Post.  Rogers is a former Federal Bureau of Investigations agent who has been promoting the drone war, notes the Post, and the two men have the backing of people like Michael Hayden, former director of the Central Intelligence Agency and the National Security Agency. So it is small wonder that CISPA will help out the intelligence agencies by expanding their powers of surveillance.

Not surprisingly, activists like Avaaz are campaigning against CISPA and so is (surprisingly) the Obama White House, which has threatened to veto the bill if it makes it to the president's desk.

But Facebook - which opposed the cyber-security bills last year - has decided to support CISPA. The proposed law "would make it easier for Facebook and other companies to receive critical threat data from the U.S. government," Facebook's Washington DC office posted on its blog.  It would "impose no new obligations on us to share data with anyone -- and ensures that if we do share data about specific cyber threats, we are able to continue to safeguard our users' private information, just as we do today."

Well, many Facebook users would testify that the company actually does a very poor job of protecting user's private information.

Zaid Jilani at the Republic Report points out that Facebook is actively paying a Washington lobby firm to lobby for CISPA. In his article titled "Dislike: Meet The Lobbyists Facebook Hired To Help The Government Spy On You" he reports on the people at Fierce, Isakowitz & Blalock that are working the halls of Congress to get the bill passed.

"What's particularly interesting about all of these individuals is that every single one previously worked somewhere in the executive or legislative branches of the Federal government. They were paid by taxpayers to get the training and connections that now allow them to have high-paid lobbying jobs representing corporations," writes Jilani.

After all, Facebook has a lot to gain from this such as the ability to "freely pass personal information to the government" and to be "excused from all liability even if they hurt innocent parties."

On Friday, when Congress gets to vote, we will find out which members "like" Facebooks plans.